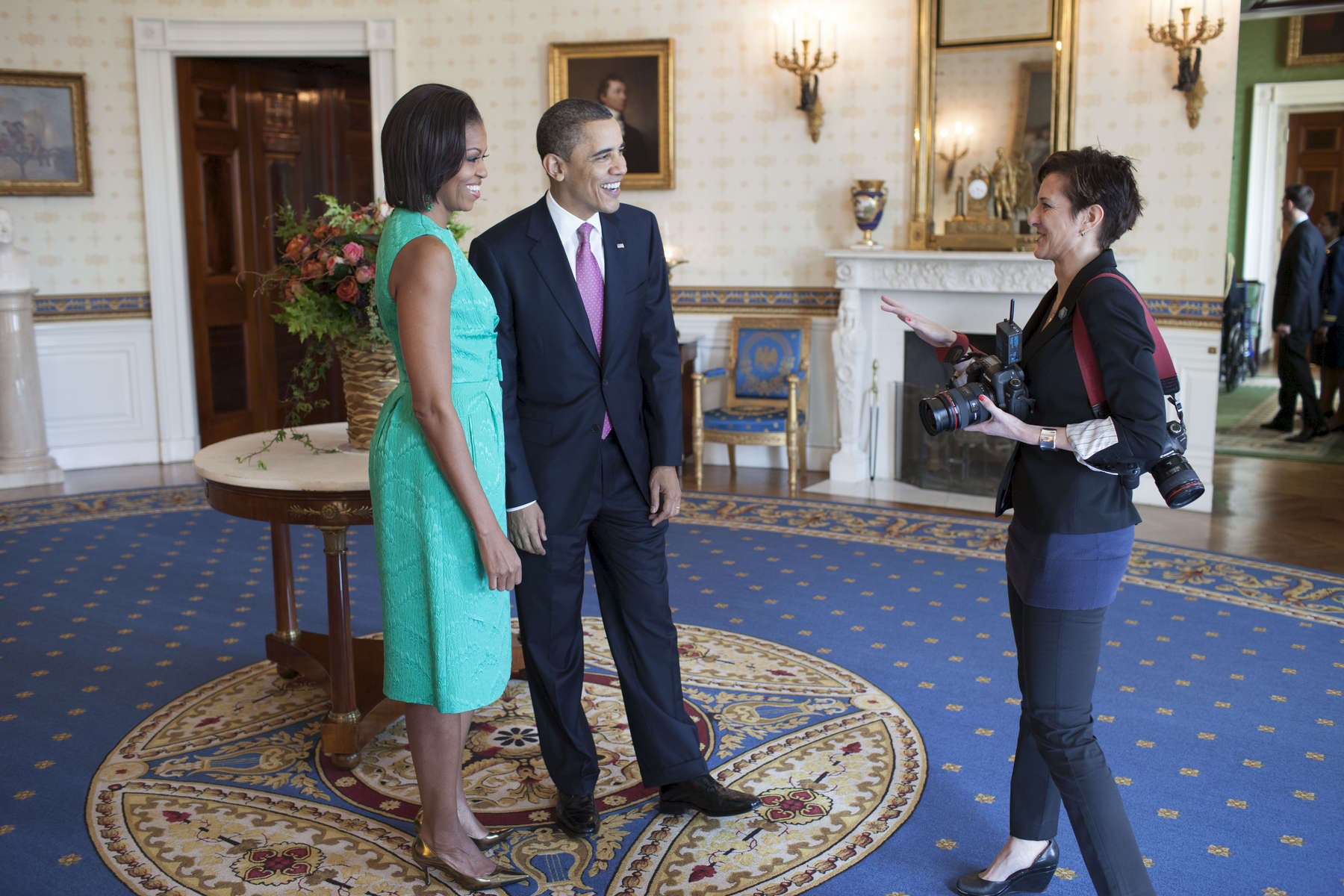 President Barack Obama and First Lady Michelle Obama talk with photographer Michelle Obama before posing for photos with the recipients of the 2010 National Medal of Arts and National Humanities Medal, in the Blue Room of the White House, March 2, 2011. (Official White House Photo by Pete Souza)

History is the connective tissue in my work. There is a direct line between a bombing in Baghdad and a spaghetti supper campaign stop in Manchester, NH. The camera and my role as a photographer allow me to shift between the various but related subjects that I have documented for over a decade.

Critical thought is the central motivator of my work. My work quietly encourages the viewer to be complicit in the world's most difficult and complicated stories. Few of these will ever be resolved, but photographs nudge consciousness along...if slowly. My quieter pictures -- even of war -- are often the strongest against time's weakening of memory. They illuminate a story in a way that the flash of the day's news may not sustain.

I photographed President Obama and the First Family as an Official White House Photographer and journalist for more than five years. I documented history on a daily basis. As is true of the rest of my career, I had to operate on three levels: the practical aspects of the moment, the image that best represents the issue at hand, and providing the visual historic narrative of a unique First Family.

The historic narrative offers little instant gratification, but it is everything when the dust of the day settles and it reveals itself. Even if it requires impossible patience.